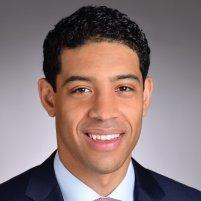 Tommy John Surgery, named after major league baseball pitcher Tommy John who received the surgery at the peak of his career, is a highly successful treatment option for damaged (stretching, fraying, or torn) ulnar collateral ligament, or UCL. If you’re experiencing problems with your UCL that are impacting your ability to perform at the highest level possible, you might be a strong candidate for Tommy John Surgery. To learn more, contact Kristofer J. Jones, MD, in the Los Angeles area today. While located in Westwood, we are proud to serve surrounding areas such as Santa Monica, Brentwood, Century City, Culver City, Downtown, and Sherman Oaks.

What is Tommy John Surgery (TJS)?

During Tommy John Surgery, a healthy tendon taken from another area of your body or a cadaver replaces the damaged ulnar collateral ligament, which runs along the inside of the elbow.

Who is at highest risk of UCL injuries?

Baseball players are at greater risk than any other population, and pitchers are at the greatest risk of all baseball players. Baseball players should take special care to prevent injuries in advance by establishing a relationship with an orthopedic surgeon -- such as Dr. Jones -- early.

While some surgeons believe that there’s a correlation between throwing style and occurrence of UCL injuries, research demonstrates that the closest relationship lies between the total number of pitches thrown in a lifetime and subsequent damage to the UCL.

What can I expect during recovery?

Position players can return to the game approximately six months after surgery; contrarily, pitchers usually need as a long as a year to fully recover. Notably, if you’re receiving the procedure for the first time, you’re likely to regain the same level of strength and skill that you possessed before you were injured.

What kind of doctor should I see for a damaged UCL?

While your primary care physician is a good starting point, it’s imperative that you see Dr. Jones, a seasoned orthopedic surgeon, before making any decisions.

Dr. Jones specializes in the medical and surgical treatment of injuries just like this, which means you'll receive treatment at the hands of someone with extensive experience and training relevant to your condition.

What should expect during surgery?

During the surgery, Dr. Jones makes a three-to-four-inch long incision near your elbow while you’re under anesthesia. He then drills small holes in the arm bones -- the ulna and humerus -- to accommodate the graft tendon. Finally, he weaves and anchors the harvested tendon into place.

You won’t experience pain, and you won’t remember the procedure after you awake. Plus, You can go home after the procedure if all goes as planned and you recover appropriately during your hospital stay.

What should I expect during recovery?

The recovery period can last anywhere from six months to a year.

You might experience some pain and discomfort the first week after surgery, but you can easily manage it with prescription or over-the-counter medications. You also have to wear a brace for up to six weeks after the procedure and then follow specific restrictions before returning to full activity.

Ask your primary care provider to refer you to Kristofer J. Jones, MD, or schedule your consultation appointment directly with his office today.